Tonight marks the end of a nice 9 day holiday from work – I’ve enjoyed the rest (a little too much).

I haven’t achieved too much during my time off, but there is a lot to be said for taking time to relax and just do whatever you want for a few days.

I’ve put the finishing touches to two pieces of music and I will share those with you another time.

A great film, especially in IMAX 3D – I would recommend it – I loved the first Avengers film, but this one was just a bit better.

Today was spent with my pressure washer – I decided to clean the patio and pathways around the house.

I would say that the patio area does look cleaner, but the following happened;

In summary, I have probably created more mess and will have to fix the gaps between the patio slabs.

I shouldn’t be let loose with a pressure washer!

At least I got the jacuzzi up and running, so I enjoyed a nice relax after all my hard work tidying up all the mess I’d made while trying to clean things…..

On this post I will share with you one of my brothers new songs – The song is called “Feed” and is one of the eight tracks from the new album my brother is working on called “8-Bit”.

The idea behind the album is to create songs with an 80’s feel with eight songs that relate to more modern issues.

Let me know what you think…..

Thank you for reading and feel free to leave comments 🙂

A train went past ours, breathing
and bawling, like a drove
of bulls goring
each other
from the inside of a storm cloud,

and no one blinked.

Kept on
staring
through one another,
out windows
Deaf.

Beethoven listened
to the nightingale sing
and the way the cuckoo
and the quail did
on long walks.
He used the way they spoke
in his work and loved them.
It must be the saddest thing in the world
that birdsong was the first thing
he noticed he couldn’t hear.

Sadder than a funeral with the world or no one there;

than a crowd of crying moths
dowsing fireflies with tears;

or all the jigsaw puzzles
in every din-less old folks home missing
just one piece.

Another train punched through the long
shadow, sounding like a
a God dying,

and no one flinched, or missed a line in their book.

So what has happened over the last two years? Too much to bore you with in one blog!

I will keep this first one short (as it is 8:10pm and am I hungry, so Burger King is calling me).

I must thank everyone that still follows my blog after all this time – I have just followed you all back, so look forward to catching up on your recent blogs over the next few days.

So today’s blog will be about one of my pieces of music – I have recently purchased an iMac (beautiful machine) and downloaded Logic Pro X.

After years of seeing my brother put together some great songs (I will share a few of his latest songs over the next few days), I decided to have a go myself.

I have always loved music – I have a song for every memory.

Current linked song is “Run” by Leona Lewis – an unhappy memory unfortunately as it is linked to my baby girl cat Chloe dying on the 19th February – Obviously not one I listen to often, but sometimes it is nice to sing along with it and remember all the good times we had – Chloe was a real daddy’s girl, and I miss her daily.

So on the my music, the first track I will share with you is “Up and Down” – an instrumental, everyone tells me it sounds very 80’s – I was a teenager in the 80’s so very big influence to the songs I like when I am creating.

So here is the YouTube video of the track;

Please fell free to leave any comments – good or constructive – every comment will help me improve!

Thank you for reading my blog! 🙂 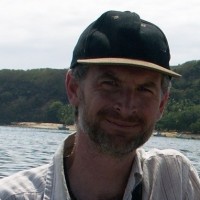 Everyday ramblings and some music

Poetry and Stories by Zach Jackson

mom's view on life, parenting & just about anything

The Light At The End Of The Bloody Long Tunnel

Look for the good in the world and you will find it....

Views From A Poet
Saucy Dryad

I speak for the trees, and I do all the voices.

Welcome to both my worlds

An onion has many layers. So have I!

We all have stories to tell. These are mine - the twisted words of life.

A dose of a twen-TEA life.